“The Howland Company is one of the city’s most exciting indie companies.”
– NOW Magazine

“The Howland Company is incredibly reliable in putting out thoughtful, well-produced material. Their work never disappoints.”
– My Entertainment World

“There’s no finer ensemble of young actors in the city than The Howland Company. Their willingness to live in the silences, to throw their bodies and minds into the work, to embrace the theatrical power of a soliloquy in the midst of a naturalist show: all exceptional and truly awesome.”
– Holger Syme

The Howland Company strives for innovation on and off the stage. We are an artist-led and art-driven theatre company, dedicated to the production of electric stories that speak to the world and the times in which we live. Through an agile, collective-leadership model, Howland aims to build new operating structures that empower its artists with agency, skills, and growth opportunities. We seek to challenge and inspire our audiences through productions, training and community initiatives, fostering a new wave of theatre makers and theatre goers.

The Howland Company is looking for a Marketing Manager for our upcoming holiday production. See the full job posting and send in your application before October 7th to be considered. Full job posting here. 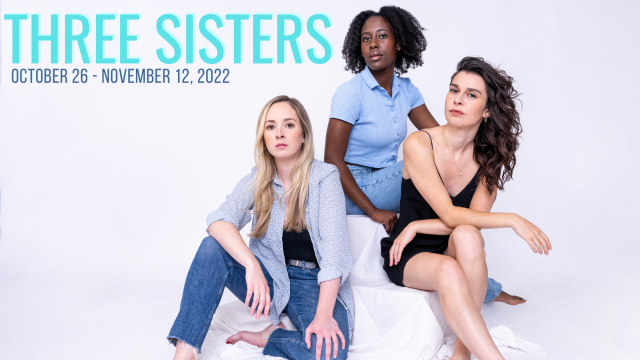 Announcing: PRODIGAL, a new play written and directed by Paolo Santalucia, presented by The Howland Company in association with Crow’s Theatre. Find out more here. 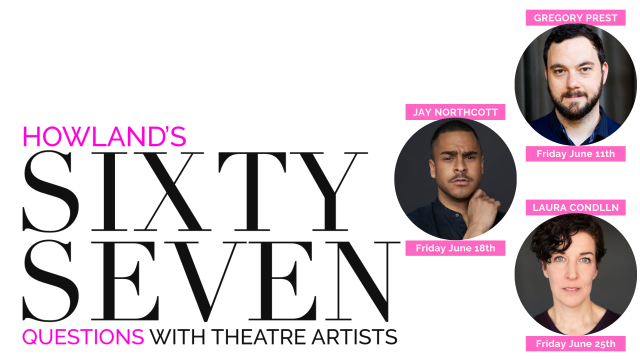 The Howland Company has launched a new interview series that you can watch LIVE from home.

For its first installment, we put some of Canada’s exciting queer theatre artists in the hot seat with unedited, rapid-fire questions, talking about who they are, their artistic work, and what’s keeping them inspired.

Catch up on our interviews with Gregory Prest, Jay Northcott and Laura Condlln here, and subscribe to our YouTube channel today!

The Howland Company is an independent Toronto theatre company, lead by a shared collective artistic leadership, who debuted on the scene with their “Best of Toronto Fringe” hit and three-time sold-out production of 52 Pick-Up. Since establishing themselves in 2013, the company has developed a new adaptation of Ödön von Horváth’s Casimir and Caroline, and Susanna Fournier’s new performance text take rimbaud, and has produced projects like their innovative and intimate production of The Glass Menagerie, and a sharp and disturbing award-winning “Patron’s Pick” production of Lemons Lemons Lemons Lemons Lemons (Toronto Fringe).

In 2020, The Howland Company was thrilled to follow the buzz of their last season with the North American Premiere of Ödön von Horváth’s Casimir and Caroline, a new adaptation by Paolo Santalucia, Holger Syme and The Howland Company of this modern classic, based on an original translation by Holger Syme, at Crow’s Theatre, which won two Dora Mavor Moore Awards for “Outstanding Ensemble” and “Outstanding Costume Design” and was nominated for “Outstanding Direction”.

The Howland Company works and performs in Tkaronto, the traditional territory of many nations including the Mississaugas of the Credit, the Anishnabeg, the Chippewa, the Haudenosaunee and the Wendat peoples. This territory is now home to many diverse First Nations, Inuit and Métis peoples and is covered by the Dish With One Spoon treaty, and more  recently by Treaty 13 with the Mississaugas of the Credit.

Members of the Howland Company come from territories across Turtle Island and the globe.

The Howland Company acknowledges that as uninvited settlers on this territory we hold a responsibility to know the history of the lands we live upon, and to actively work towards becoming better treaty partners.

📢Job Posting Alert!
🐦 A little birdy told us that when you buy your THREE SISTERS tickets EARLY, you can SAVE!
first day of rehearsals for #3SistersTO 📸
Oooh it’s that time again! 🍂 With a slight chill in the air and September kicking off, we are READY for #cozyfalltheatre season to start 🍂 and we can’t wait for you to join us!
FIVE! 🎉 Wow! What a wonderful way to kick off the week, hearing that #TheHomeProject has been honoured with 5 Dora Mavor Moore Award Nominations today from @tapa_to .
📣 Announcing the Fall Premiere & Full Casting Details of THREE SISTERS! 📣 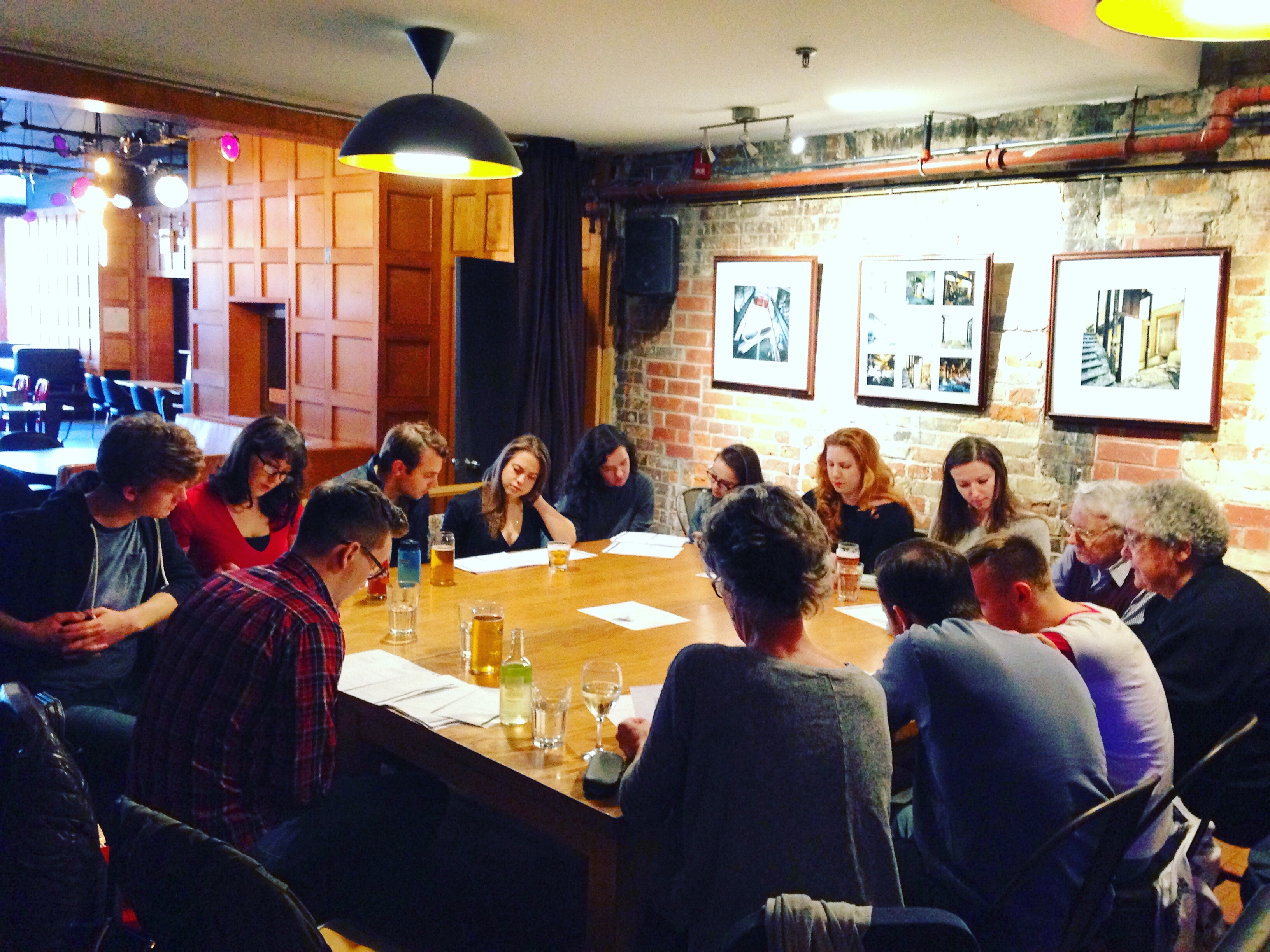 The (Virtual) Reading Group
Play: TBA
When: Fall 2022
Where: WHEREVER YOU ARE with internet connection. Join us online through ZOOM. Find our link to the meet-up here.
Please RSVP at howlandcompanytheatre@gmail.com